NEWS: SOME suspected assassins attacked the Managing Director of Young Shall Grow Motors Limited, Chief Vincent Obianodo, killing his driver and a police detail attached to him.

The Most Recommended Social and Business Network!
Perfect Alternative to Facebook and More....
Www.BookMe.Win 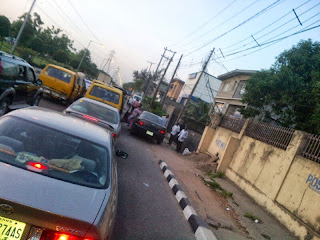 SOME suspected assassins attacked the Managing Director of Young Shall Grow Motors Limited, Chief Vincent Obianodo, killing his driver and a police detail attached to him.
The Guardian learnt that the suspects also shot Obianodo in the hand during the attack.
Police authorities said the incident occurred in FESTAC area of Lagos State on Tuesday night while Obianodo was returning from office.
The Guardian learnt that two of the suspected assassins were killed after policemen engaged them in a gun duel.
According to the police source:  "On Tuesday night, Obianodo was on his way back from work. A police corporal and another private guard were in the vehicle with him. When they reached 22 Road in FESTAC, the entire place was deserted. From nowhere a vehicle crossed his own and some armed men opened fire on them. The policeman, who sat in front, was killed instantly while the driver was also killed."
"The assailants also shot Obianodo in the arm. However, the shooting attracted the attention of some policemen on patrol who rushed down to the scene and engaged the culprits in a gun duel."
It was learnt that two of the suspects were killed while the others escaped with bullet wounds.
A police source told The Guardian that it could not be ascertained if the assailants were robbers, hired killers or kidnappers.
"The way the attackers operated seemed as if it was an assassination attempt. Most times, kidnappers do not shoot their victims while trying to abduct them. At most, they only kill the person's guard and abduct the victim unharmed."
"In this case, they shot him in the arm and would have killed him if the police did not arrive on time."
Police Public Relations Officer, Ngozi Braide, confirmed the attack adding that efforts were on to apprehend the suspects at large.


"The attackers escaped with bullet wounds. We are, therefore, calling on hospitals to report cases of bullet injury to the nearest police station as this would increase our chances of further investigation.
http://www.blogger.com/profile/02168883709958293556

Posted by Online Solution Providers at 8:03 AM

MAKE MONEY WITH YOUR PHONE

Promote Your Page Too

The Most Recommended Social and Business Network!
Perfect Alternative to Facebook and More....
Www.BookMe.Win